An Introduction to the Porrón 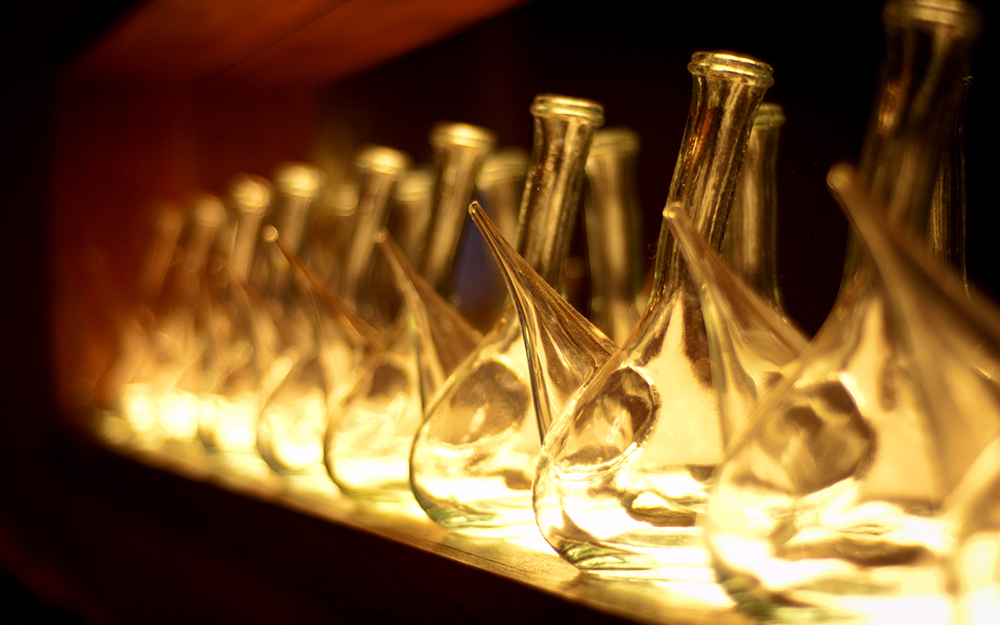 At Ceviche Tapas Bar & Restaurant, we bring you a memorable, genuine Spanish dining experience. We enjoy letting our guest participate in a way that has been a cultural tradition done throughout centuries. Part of that involvement has entailed our extensive hand-picked selection of Spanish wines and the porrón.

What is a Porrón?

A porrón is simply a large traditional glass pitcher that gets narrower at the top and has a long spout like a watering can. Typically, the porron is filled with wine. The goal is to lift the glass vessel and tip it to release a stream of wine to pour into your mouth without touching your lips. The design of the porron allows for several people to drink from the same pitcher requiring much skill to ensure the wine enters one’s mouth rather than their clothing. But don’t worry, we only use Rekalde, Txakolina white wine for our porróns at Ceviche.

History of the Porrón

The history of the porrón is difficult to pinpoint. Some historians believe that the tradition originated during the Egyptian times when the earliest form of grape wine was created and consumed in uniquely designed carafes. Others believe it was designed as an economically smarter way of sharing wine with Catalan communities. Throughout time the concept migrated to the northern region of Catalonia, Spain as the Spaniards perfected it into the Spanish drinking vessel it is today.

Drink like a local and join us at Ceviche to indulge in the delicious Spanish wine tradition of the porron!

Previous Next
Close
Test Caption
Test Description goes like this